What is the FA Four Corner Model and how does it work?

One of the most important considerations for parents when choosing a football academy to send their child to is how and what will they be taught?

Over the past decade, the Football Association have put a lot of time and effort into programmes that can enable coaches to develop top-class players capable of making the most of their abilities and reaching their potential.

WHAT IS THE FA FOUR CORNER MODEL?

The Four Corner Model is based upon the belief that there are four corners to football. They all work together with each other in tandem. Looking to improve the set of skills that make up each of the four corners is the route to success.
When applying the FA Four Corner Model, coaches look at their players from a technical, physical, tactical and social viewpoint.
Every corner impacts another. When a coach identifies an area of improvement that they would like that player to make, they can then narrow it down further to a specific category in a specific corner to drive that improvement.
For example, a player might be lacking in technical ability with a poor first touch. To develop, the coach would look to the physical corner and assess that this could be improved by better reaction time.

They would then develop a training programme based on reaction speeds so that the player is quick to respond when a pass comes their way. Such a clear framework laying out areas to be worked on gives the coach and the player a path to improvement.
This is particularly important because although football is a team sport, it is also about individual players. Every child at We Make Footballers is different; they have different strengths and different weaknesses. They are of different ages and have different abilities.
Each player has their own needs at certain points in their development. One child might be tactically unaware and so that is the corner they need the biggest focus on.
Another could be lacking in the social skills that football requires, so the coach works on their ability to develop and understand the importance of relationships.

The best coaches provide different yet appropriate support to each individual player. The Four Corner Model helps We Make Footballers do that, giving every child the best chance of improvement.

The Four Corners are colour coded with the technical corner being marked as red. This area of the game focuses on 14 different skills. These include ball manipulation, dribbling, one-on-one, turning, passing, first touch and finishing.
In the technical corner, there is a further focus on left and right. If a player can finish for fun with their right foot but struggles on their left, then the coach will identify that and set out to drive improvement from the weaker side.
Ultimately, the technical corner is one that relies most heavily on improvements from other corners. Almost every technical skill can be boosted by focussing on the physical corner; speed can improve dribbling, coordination can improve turning, balance and power can improve finishing.
The technical corner, therefore, offers the best example of the domino effect of the Four Corner Model. Concentrating on one area of improvement begins to have a knock-on in other parts of the game.

At a time when school budgets are being cut and PE and after school clubs are becoming an afterthought, we are acutely aware that We Make Footballers often provide a huge percentage of a child’s weekly organised physical activity.
The good news is that the physical corner is vital to every other area. We work hard on improving players' physical well-being as it can lead to massive improvements across the other corners.
12 areas make up the physical corner, including speed, agility, balance, power, endurance, strength and reaction time. By developing 12 areas of physical capability, children become healthier and that in turn makes them happier in their general lives.
The happier a child is, the easier it is to improve their social skills. The physical corner also feeds into the tactical corner. Once a player takes a tactical decision about what they are going to do, they need to make a certain movement to carry out that decision.
The faster they can react to do that, the better the chances of success. Every action in football comes from a physical movement, highlighting the importance of this corner of the game.

In the tactical corner, the focus is on areas such as decision making, off the ball movement, 360-degree awareness, creating space and the rules of the game.
A lot of football coaching academies tend to place most of their focus on the technical side of the football. The best players though are the ones who are the cleverest; they know the optimum moment to play that through ball.
They are aware of exactly how much space and time they have before they are closed down. They can make an off-the-ball run that drags a marker away, making room for a teammate to exploit.
Football is not just played on grass, but in the mind as well. We Make Footballers develop children’s game intelligence, knowing that creating footballing thinkers is every bit as important as having a player who can perform 100 drag backs perfectly.

The social corner is easily the most underrated aspect of football – and yet perhaps the most important. Football is a team game, meaning that success comes from positive relationships between players and coaches.
You see that at the highest level. When relationships break down, pundits talk about managers “losing the dressing room” or players “downing tools.”
Having a team of superstars is all very well and good, but unless you operate as a cohesive unit through positive relationships then you will never achieve what you should be capable of. See Paris Saint-Germain in the Champions League.

The social corner focuses on areas like teamwork, communication, reaction to failure, concentration, composure and leadership. Not only are these skills important in football, but they also transfer to everyday life.

By focussing on the social side, a coach can recognise where children might need a little more support in developing skills that will serve them well at home, at school and in the future.
Again, the role We Make Footballers plays here is vital at a time when school focus seems to be pushed purely to academic attainment with less focus on social skills and making people.
Central to the social corner is establishing a safe environment that allows children to express themselves, have a go and learn with freedom where there is no fear of failure.

The social aspect of football – playing as part of a team and succeeding collectively – is part of what makes it so much fun. And fun is the overriding aim of We Make Footballers.
We Make Footballers take all four corners of the FA model and combine them to ensure that children enjoy their football, make the most of their abilities and develop as both players and people. 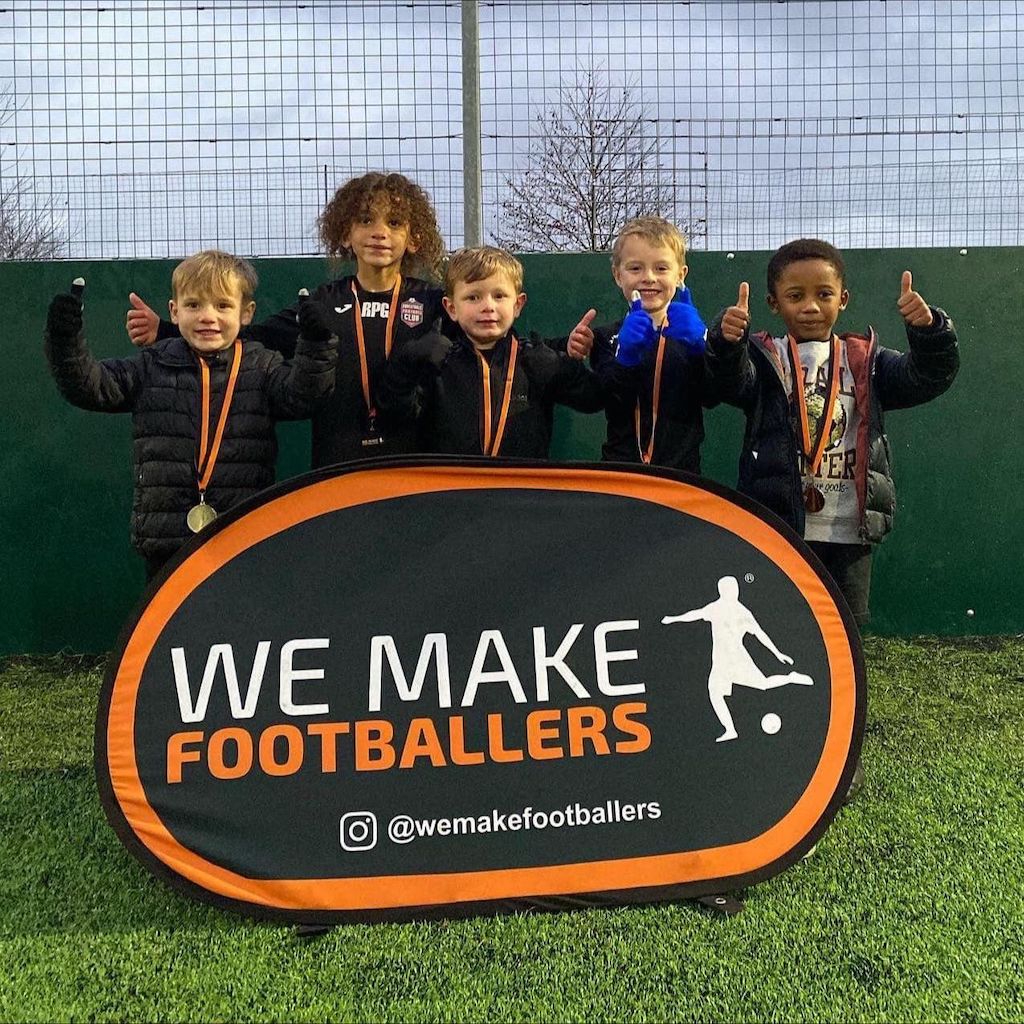 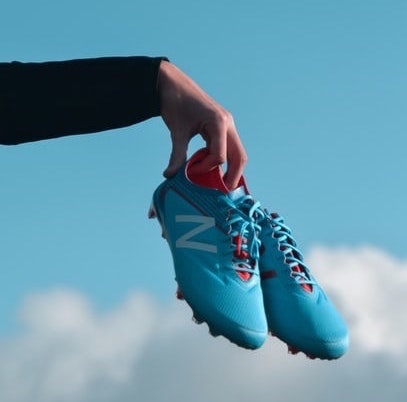 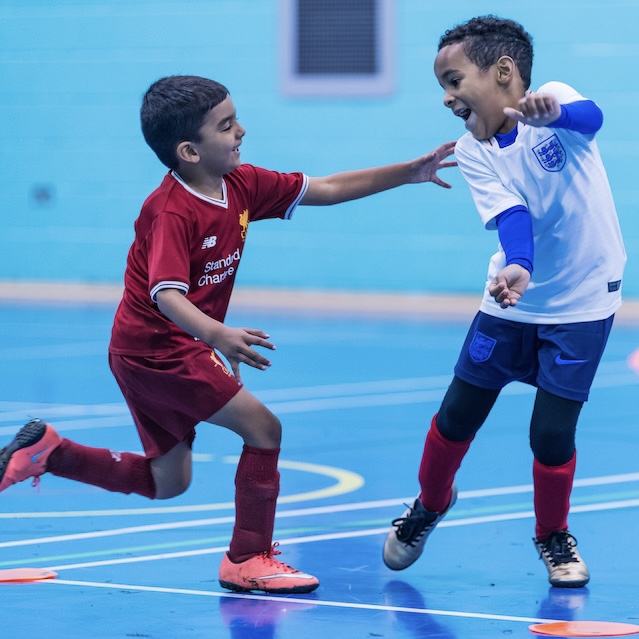 Football is cool: The benefits for children of being part of football culture