This might be obvious – but when a child has just finished a football match or training session, the last thing they want is a talk delivered by a parent with all the intensity of Jose Mourinho after a 6-0 defeat. Not even a highly paid professional would want a grilling like that from the Special One.

What is less obvious is how exactly should a parent talk to their child after a football match or training session. Knowing the answer to this question is important.

A post-game chat offers the chance for positive bonding between parent and child. It helps build confidence and self-esteem in the young football player and can help encourage a child to stick with the sport, even if things could have gone better in the session just finished.

Here are six tips for talking to a child after football which can help ensure that they have a positive experience.

1. Make your first question about whether they had fun

What is the most important takeaway for a child from their weekly football session? The answer to that question is not the result, but whether they had fun.

This is why your first question afterwards should always be about enjoyment. If a child enjoys playing football, then they will want to take part every week.

Players develop at a quicker rate when the sport is made fun, which is why enjoyment sits at number one in the list of priorities at all We Make Footballers academies.

If your child is consistently saying when you talk to them after their football match or training session that they did not enjoy it, then listen to them.

The odd session where things do not go well is to be expected, but for a child to not have fun several weeks in a row would suggest that they are not at the right football training academy or club.

If this is the case, then you can consider moving them to another setup. Continuing to take them to weekly football where they do not enjoy it risks putting their young and impressionable minds off football for life.

There is also a very good psychological reason for always asking if your child had fun above anything else. It implies to them that their enjoyment and happiness are your overriding concern, rather than succeeding at mastering a new skill or winning a game.

Children who feel under pressure from parents to succeed are far less likely to enjoy playing football and therefore stick at it. By using your talk to your child after every football match to reinforce the notion that fun trumps success, you help relieve that pressure.

2. Do not overanalyse or critique what happened

Children can also feel pressure when a parent chooses to analyse or critique their performance afterwards, especially when it happens immediately on the journey home after the game or training session.

Some children fear the post-game car ride when they know they are going to be lectured. A parent might think they are helping by pointing out what went wrong and what could have been done better, but a lot of kids take a rather different view. It simply adds to the pressure they feel to make their parents proud, subsequently taking away from the enjoyment of playing football.

It is the role of the football coach to provide feedback and offer constructive criticism when required. Qualified coaches will have been taught how to do this in a positive manner designed to eke the necessary improvement from their players through their FA Coaching Badges.

Coaches working in We Make Footballers Academies go through additional training with in-house WMF Qualifications to further their knowledge base and put them in an even better position to develop the football skills of children.

The role of parents should be to support, encourage and be positive. Leave the critiquing to the coach. Children only have one childhood. Make it as fun as possible for them, including on the football pitch. 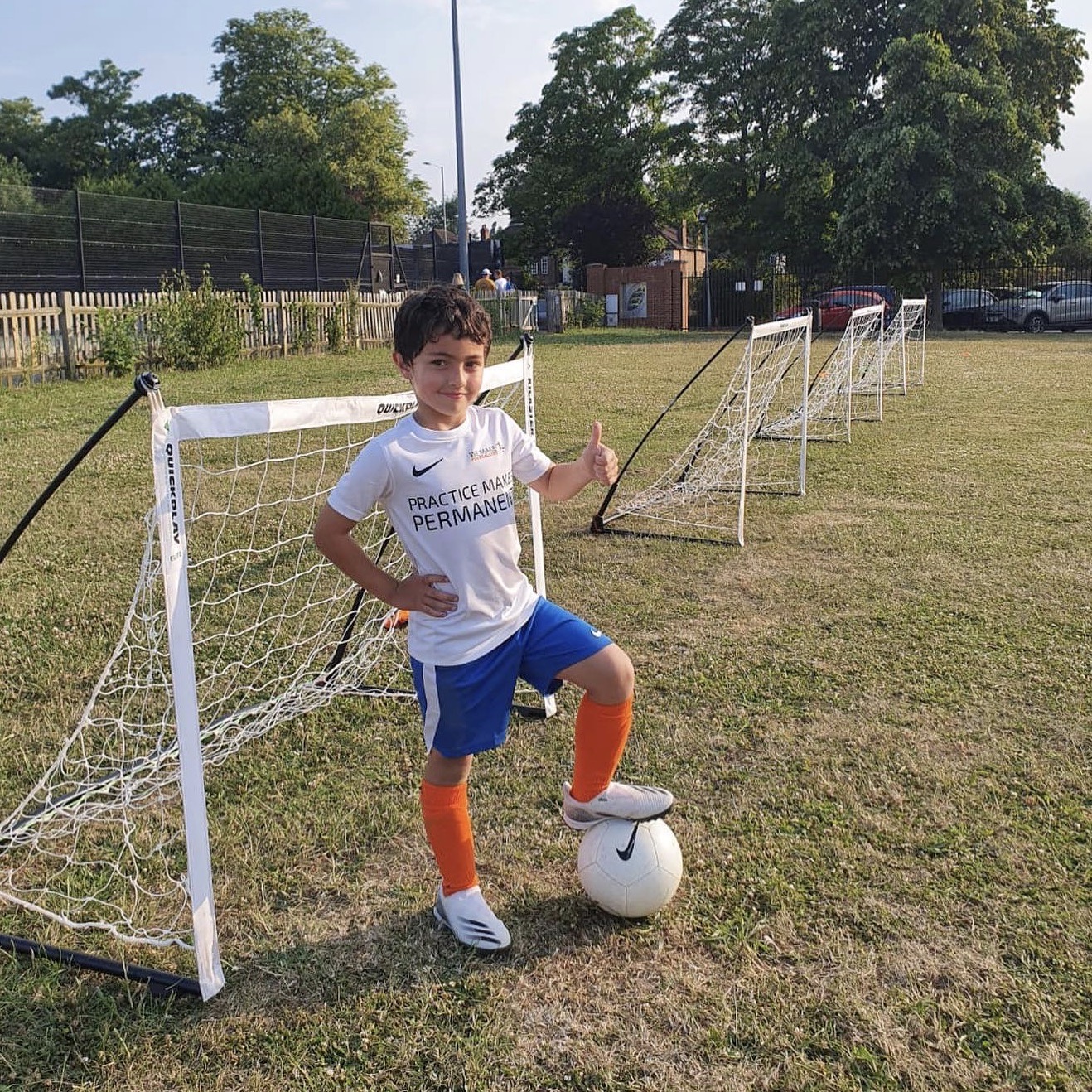 3. Let the child tell you what could have gone better

That is not to say that you should completely avoid discussions about what could have gone better in your talk after football. Children recognising weaknesses in their game and areas for improvement is important for their development – but it is vital that when this process involves a parent, it is led by the child.

When a child takes control and openly discuss with their parents' areas they feel they could have done better, the conversation becomes a reflection rather than a critique.

Ideally, a child will feel comfortable enough in their after-football match chat with a parent that they will discuss what could have gone better of their own free will. If you do need to probe to get their opinion, then take a gentle approach.

Never ask in the immediate aftermath when emotions may still be raw over moments that did not go well. As already mentioned, that is the time to find out if they had fun.

Wait until you have made it home and a suitable period of reflection has taken place before asking your child what they think could have gone better from their football training session or match.

You can then offer the necessary support and encouragement for helping when they next take to the football pitch.

Such information can also be fed back to the football coach. If your child reveals they want to improve their ability to dribble past an opponent with the ball, a quick message or word with the coach to say “Little Jimmy is worried that he struggles to dribble past opponents” can help the coach tailor future football training sessions to deliver improvements in that area.

We Make Footballers also offer specialist 1v1 training for children who want to work on specific areas of their games. A discussion with the coach about what a child wants to get better at can lead to such training sessions taking place, resulting in a happier and improved young football player.

The word positive probably features in this article more than any other. That reflects how important it is in the talk between parent and child after a football match or training session.

No matter what else is discussed, you should always find a couple of positive moments to mention. When a child receives positive feedback from a coach they respect, it boosts their confidence and self-belief.

When it comes from their parents who they love and look up to, the impact is magnified many times over and increases their happiness.

Do not just restrict the positivity to moments of skill, either. Youth football is about much more than scoring goals, claiming assists or winning tackles.

Praising a child for demonstrating good sportsmanship, working hard or being a good team player for example helps teach the value of attitude as well as application.

Parents often ask their children to be in control of their emotions. Youth football is one activity that often leads to parents forgetting their advice. When watching your child play football or talking to them about it afterwards, remember to always control your emotions.

Children hear what their parents say on the sidelines. They take on board what is said by their parents in the car back from football training or at home a few hours later. And it all informs their opinions and attitudes about the sport, coaches, referees, their teammates and their abilities.

This means that parents have to think carefully about what they say. Ranting or raving about a referee will make a child believe that it is okay to abuse match officials.

Questioning the talent of a coach will lead a child to lose respect for the person leading their football training session, which in turn harms their behaviour at football and their chances of improvement.

Criticism of teammates or your own child’s abilities will cause them to think the same way. If young football player believes that their parents do not think they or their teammates are good enough, then their confidence and morale will be shot to pieces.

Controlling your emotions is central to the question of how to speak to your child after their football match. Everything you say needs to be well-thought-out and – here comes that word again – positive.

6. Let the child know you enjoy watching them play football

Finally, you should always let your child know just how much you enjoy watching them play football. Never complain about the time or money you invest in their weekly football training sessions. That will make them believe that their football is a burden to you, which will impact their enjoyment.

Take every opportunity to positively reaffirm how proud you are of their burgeoning football career, how delighted you are how the sport makes them happy and how you enjoy spending quality time with them bonding over a shared interest in the beautiful game.

Because youth football can be as much fun for adults as it is for kids. 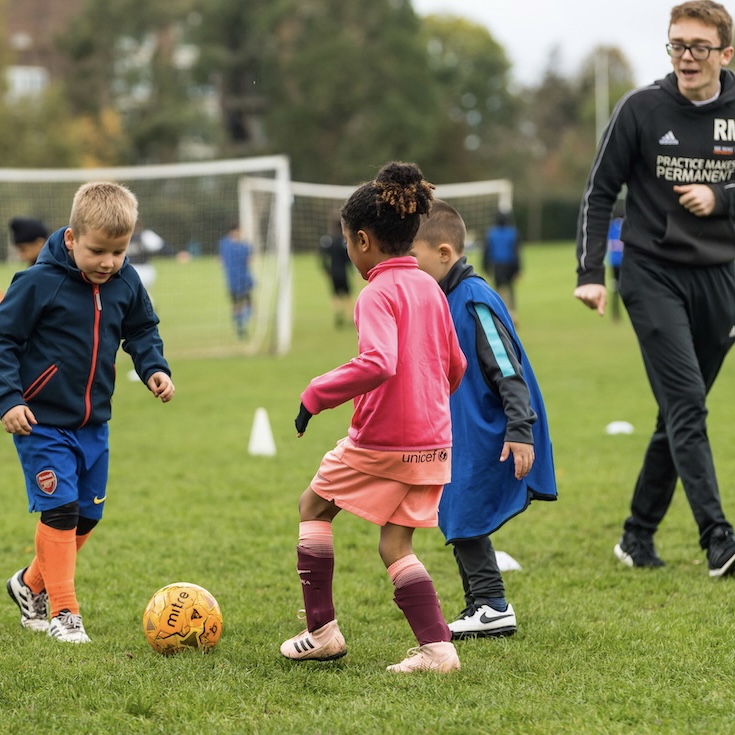 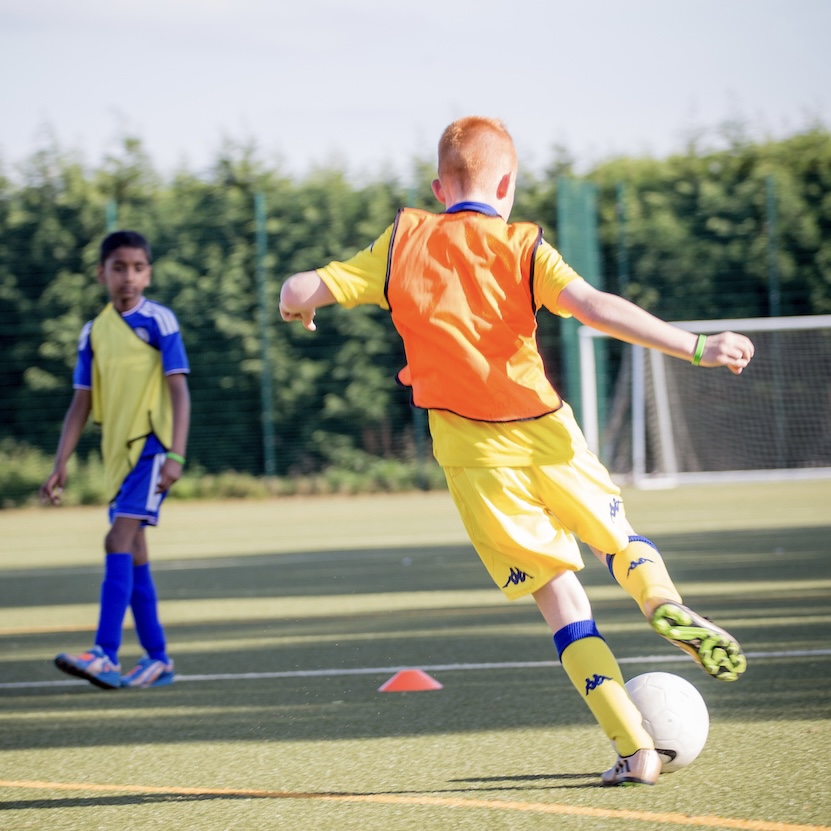 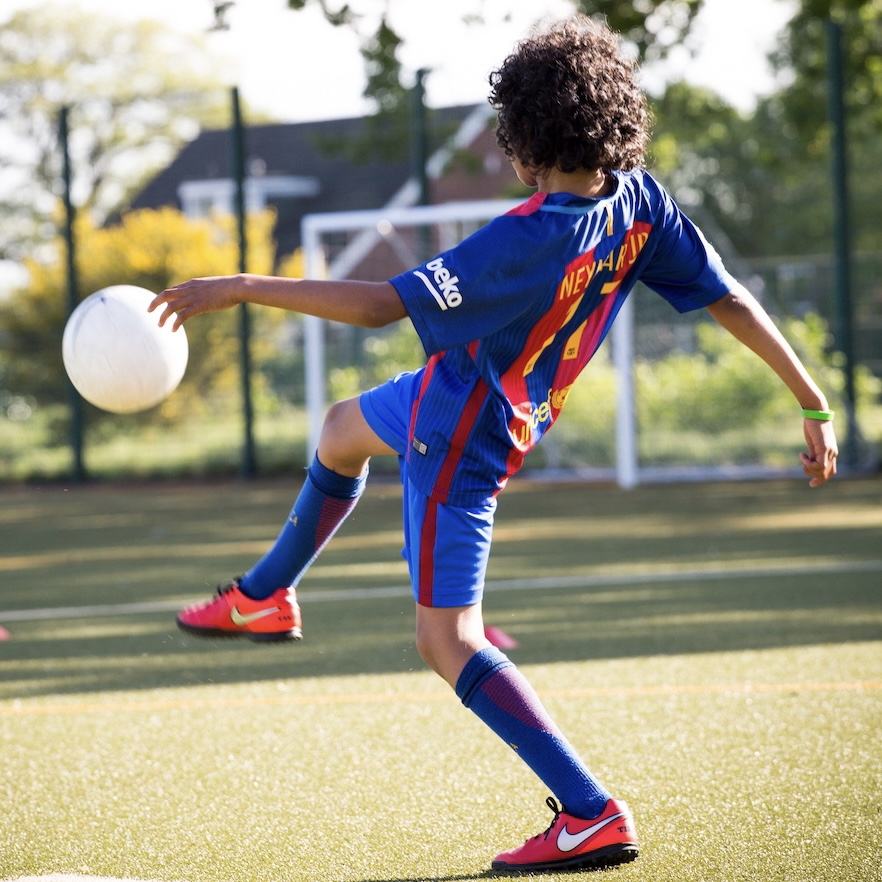 The power of breathing: How to improve football performance through oxygen